5 great shows worth visiting Madrid for in 2019

It’s widely known that Madrid’s Gran Via is home to what surely are some of the most varied, respected and interesting shows from Europe, competing in some aspects with Broadway itself! From classical ballet to magic and music shows you’ll find your senses filled up and satisfied. We’ll try to give you a very short, yet condensed, list of the 5 top productions that will make you come to Madrid and stay at one of our also beautiful and inspiring apartments that are close to Gran Via.

Very good for all audiences, our first element of the list is a safe safe bet, it’s classic, elegant, well known and respected ballet production. It’s produced by the Mariinski Ballet, an affiliatte of the Mariinski Teather of Saint Petersburg in Russia, one of the most famous and respected ballet companies in history. The company was recognized wordly as the Imperial Ballet of the Russian Crown until the beginnings of the 20th century.

Synopsis: "Swan Lake" is a timeless love story that mixes magic, tragedy, and romance into four acts. It features Prince Siegfried and a lovely swan princess named Odette. Under the spell of a sorcerer, Odette spends her days as a swan swimming on a lake of tears and her nights in her beautiful human form. 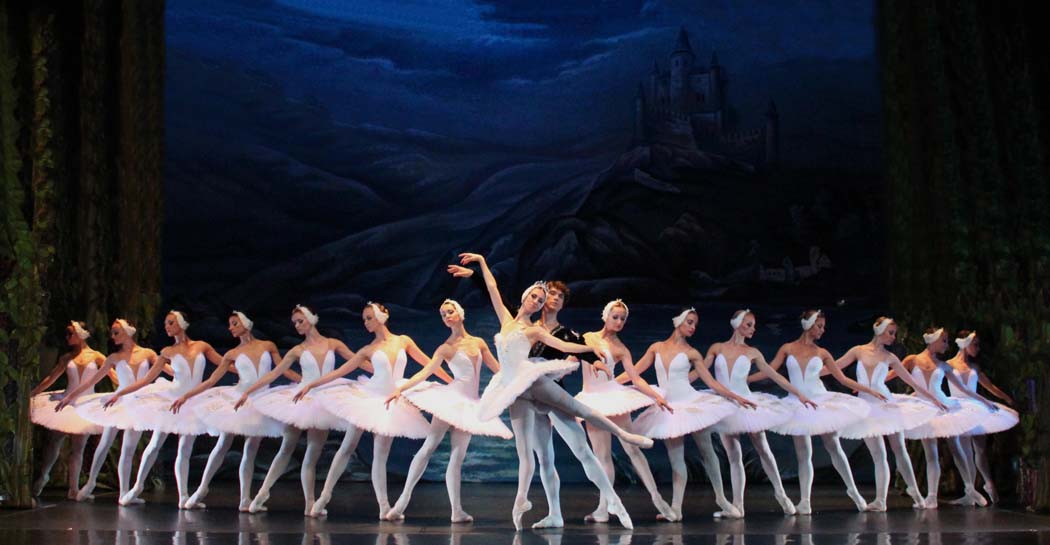 What can we say about this critically acclaimed show? It’s indeed a safe success, apt for all ages and undoubtedly one of the wonders in Teather of this century. The Lion King has been filling up the Teatro Lope de Vega’s seats since its debut in October 2011. It’s a production brought from Broadway itself and it has an amazing cast that will leave you wanting to repeat for sure. It has received more than 70 awards, it has more than 20 years on Broadway and has music from Sir Elton John, Tim Rice and Hans Zimmer.

Rating: 4.6 out of 5 stars in planetamusic.com

Synopsis: It’s the Lion King! You surely know it :)

From the same producer that brought us The Lion King, we have another great great story filled with historical and profound content, this time in a musical format. It’s an exact replica of the Broadway show and it will leave you singing along its very well produced catchy songs and verses. It’s aimed at a familiar audience and it will try to evoque all kinds of emotions from the viewers. It has a very good mix of numbers of distinct types, from epic and dramatic ballads for all of it’s characters to endings leaving in high pitch crescendos that will surely have you standing up in ovation. The critics have not been the very best, but it is becoming rapidly a new classic, so be one of the pioneers and go enjoy it with your family.

Rating: 3.7 out of 5 stars in madridesteatro.com

Synopsis: St. Petersburg, 1906. Grand Duchess Anastasia, the seven-year-old daughter of Tsar Nicholas II of Russia, is sad because her grandmother, Empress Dowager Maria Fedorovna, moves to Paris. Before leaving, the old woman gives her granddaughter a music box as a farewell gift. Eleven years later, in 1917, Anastasia attended a dance with her family when the Bolsheviks assaulted the palace. In the middle of the chaos, the grand duchess tries to retrieve her music box, but apparently is captured and executed along with the rest of the Romanovs.

Price: From 24 euros Dates: Tuesdays to Sundays up to may 31st Place: Teatro Colliseum

Antonio Díaz has been marvelling Spain since he was very very young. He gained fame after performing at a very well known Late Night Show at Barcelona, after that he quickly became one of the illusionists with more projection in Europe. Actually he was the biggest box office generator in 2016 and 2017 in Europe thanks to his show “La Gran Ilusión”. His new show “Nada es Imposible” is a twist of his critically acclaimed performance and it includes bigger and better numbers that will spark the magic inside you, which will make you see Madrid for the magical city that it is.

Rating: 4.2 out of 5 Stars in madridesteatro.com

Synopsis: After taking his magic to more than 150 countries with his programs in DMAX - amazing Stephen Hawking himself with one of his games - and become the biggest box office illusionist in Europe with his previous show, LA GRAN ILUSION, Antonio Díaz has once again demonstrated his inexhaustible ability to surprise from the first minute, now with his new show, NOTHING IS IMPOSSIBLE.

Price: From 17 euros Dates: Every day up to May 12th Place: Teatro Rialto

LAST BUT NOT LEAST, we have Billy Elliot, The Musical, which has been a record breaker since the first weeks of its world premiere. The execution and scenes that are being performed at Teatro Nuevo Alcalá have appraised the best critic reviews of the season. It’s hours of fun, adventure and marvel, undoubtedly a safe bet for an audience of all ages. Come and enjoy this musical that will leave you happy and refreshed.

Synopsis: Located in a city in the north of England, in the midst of the 1984/85 mining strike, Billy Elliot tells of an adolescent's struggle against the world to make his dreams come true. The viewer accompanies Billy on his journey from a boxing ring to a ballet class, where he discovers a passion for dance that will return the union to his family, inspire his community and change his life forever.